The Henson Company Masquerade Balls began in 1983 in New York City as a way for Jim Henson to celebrate the creativity of the company on all levels. The balls were held for four years, with the final two held at the Waldorf-Astoria. The events were open to all staff, from accounting to the building staff, with many attendees wearing elaborate costumes.

In the Picture-in-Picture commentary on the Labyrinth Blu-ray, Cheryl Henson cites the company balls as inspiration for the Masquerade Ball sequence in Labyrinth. In the same featurette, Kevin Clash recounts a prank Steve Whitmire and Richard Hunt pulled on Jim Henson, in which Whitmire came dressed as an aspiring writer, concealing his identity from the guests of the party.

Wendy Froud explained on her blog that some of the masks used in Labyrinth got their first test run at a Henson ball the spring before the movie was shot in the UK.[1] 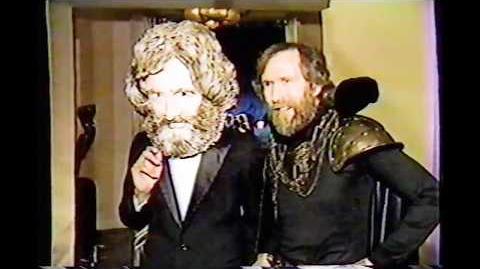 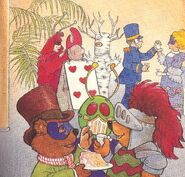 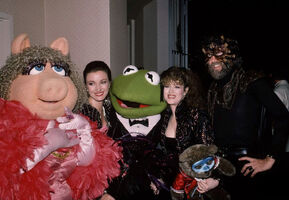 Miss Piggy, Jane Seymour, Kermit the Frog, Bernadette Peters and Jim Henson as The Beast from Beauty and the Beast[2] 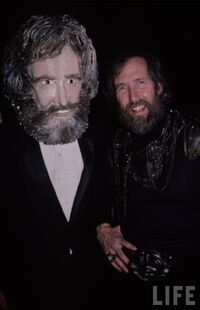 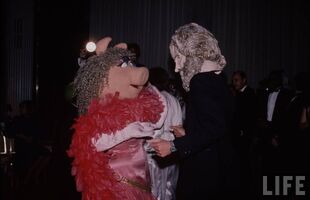 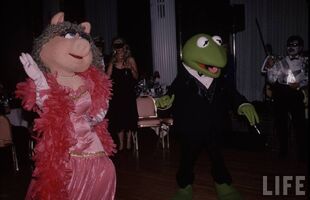 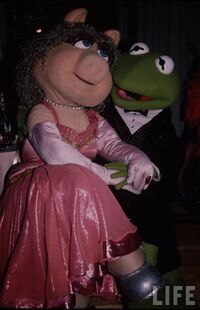 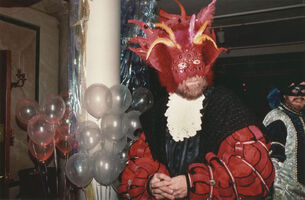 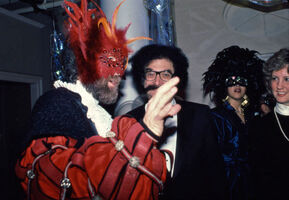 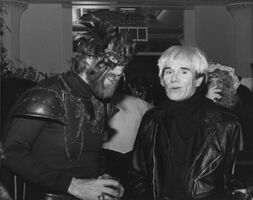 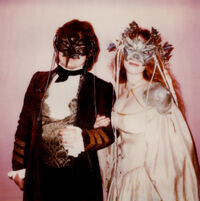 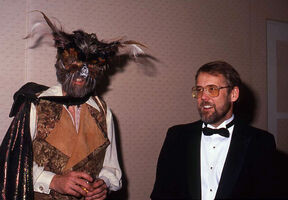 Dave Goelz, 1988
Add a photo to this gallery

Retrieved from "https://muppet.fandom.com/wiki/Henson_Company_Masquerade_Balls?oldid=1125045"
Community content is available under CC-BY-SA unless otherwise noted.