“My father liked to do everything – or at least a lot of the stuff – himself. Like the building work, and yard work, and landscaping... all of that. So we used to do a lot of that. It was a pretty creative house, though. He used to have all of us kids mosaic a bathroom when we were real young – all under 10. I remember we painted the kitchen, and each one of us painted a cabinet. He also used to make those insert films for Sesame Street in the house on the weekends. So we used to be helping with his work and helping around the house – it was all sort-of one big thing to us.”
—Brian Henson[1] 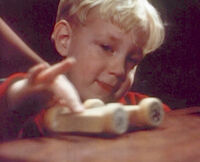 Brian in Wheels That Go 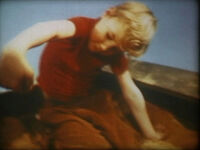 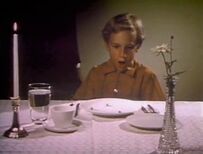 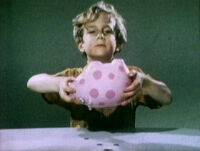 Brian in the Sesame Street Number Song Series as the kid who says "5 dimes" and "7 nickels". 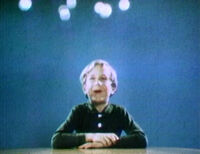 Brian in the Sesame Street Number Song Series as the kid who says "8 ping-pong balls". 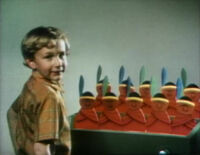 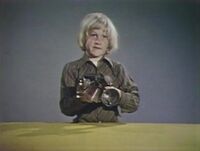 John in the Sesame Street Number Song Series as the kid who says "10 Bells". 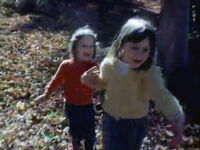 Lisa and Cheryl as children in Run, Run 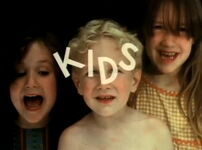 Lisa, Cheryl and Brian in Flapsole Sneakers as kids 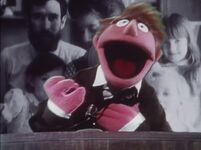 The Henson kids are used in photo in the "Sell! Sell! Sell!" meeting film (John is obscured by Leo). 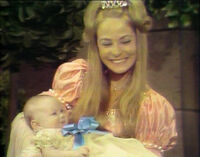 Heather as Prince Kermit in The Frog Prince[2] 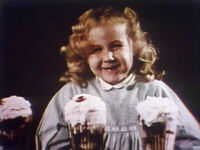 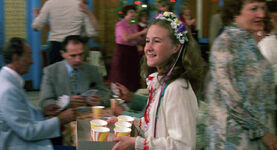 Heather in The Muppets Take Manhattan 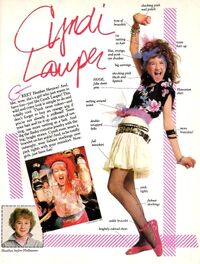 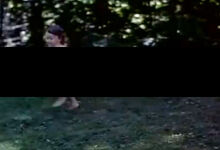 At a MuppetFest panel, Kirk Thatcher stated that "a Henson child" (either Cheryl or Lisa) portrayed the toddler seen running around during the "strip" montage in Time Piece, but jokingly refused to specify who for fear of strangulation. 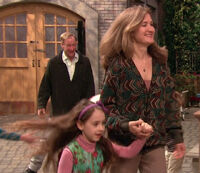 John and Cheryl are seen playing catch in Episode 4211 of Sesame Street.