Here For You is a Sesame Street outreach video produced in 2007 for children with serious illnesses. It was written by Joey Mazzarino and distributed by The Center for Advanced Illness Coordinated Care to 250 children's hospitals.

The video features Elmo's hospitalized cousin Chester and Danny, a young leukemia patient. The program is designed to help families talk about their situation and cope with a similar condition.

For a time, the video was on the iTunes Store as part of the Learn Along with Sesame series and at the Sesame Workshop website, but it is no longer available. 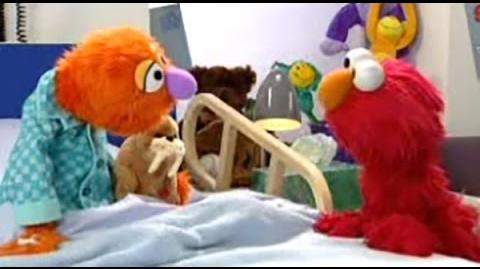 Here For You
video clip
Add a photo to this gallery

Retrieved from "https://muppet.fandom.com/wiki/Here_for_You?oldid=1092009"
Community content is available under CC-BY-SA unless otherwise noted.