Herman Melville (1819 – 1891) was an American novelist, short story writer, essayist and poet. His longest novel, Moby-Dick, won recognition in the 20th century as one of the chief literary masterpieces of both American and world literature. Other notable works include the short story "Bartleby, the Scrivener" and his final novel Billy Budd. 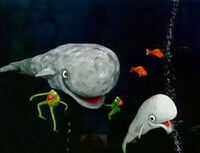 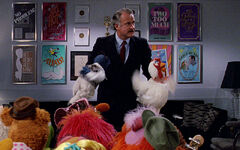 "Ahab!" poster
Add a photo to this gallery

Wikipedia has an article related to:
Herman Melville
Retrieved from "https://muppet.fandom.com/wiki/Herman_Melville?oldid=1312513"
Community content is available under CC-BY-SA unless otherwise noted.