Hickory Dickory Dock is a popular nursery Rhyme. The earliest recorded version of the rhyme was published in London around 1744, and began, "Hickere, Dickere Dock". The modern version is as follows: 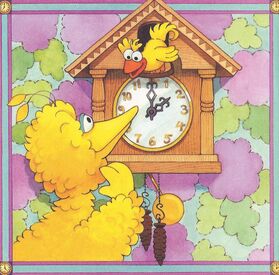 Little Bird atop the clock. 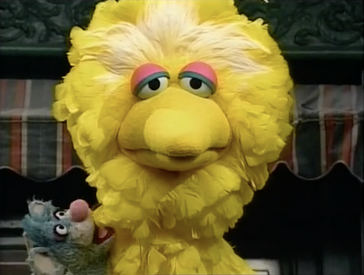 Bird Bird and a mouse recite "Hickory Dickory Dird"
Add a photo to this gallery
Wikipedia has an article related to:
Hickory Dickory Dock
Retrieved from "https://muppet.fandom.com/wiki/Hickory_Dickory_Dock?oldid=1332934"
Community content is available under CC-BY-SA unless otherwise noted.