As a longtime host of Today, often together with frequent co-host Kathie Lee Gifford, she has interviewed multiple Muppet and Sesame Street characters over the years:

She appears as a guest on The Not-Too-Late Show with Elmo in 2020. 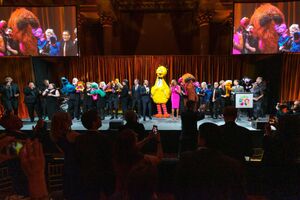