Hoggle is a dwarf who is a resident of Jareth's Labyrinth. He has various odd jobs, such as exterminating fairies, and collects shiny objects.

Although at first he acts callously toward Sarah, when she tricks him into helping her through the labyrinth, they develop a budding friendship, and soon Hoggle finds that he has to overcome his cowardice and choose between that friendship and his fear-induced loyalty to the Goblin King.

Hoggle is also terrified of the Bog of Eternal Stench, which makes it Jareth's most effective threat against him.

In the film, Jareth and Sarah often have difficulty remembering Hoggle's name, so he is referred to as Higgle, Hogwart, Hedgewart, and Hogbrain, to which he retorts "(It's) Hoggle!" 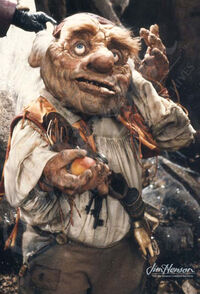 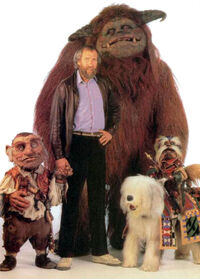 Jim Henson with Hoggle, Ludo and Sir Didymus on Ambrosius 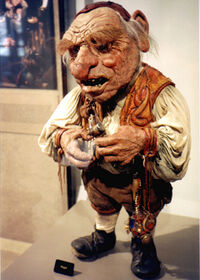 Hoggle on display at a public exhibit 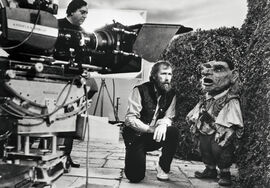 Jim Henson on set with Hoggle 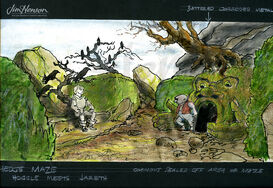 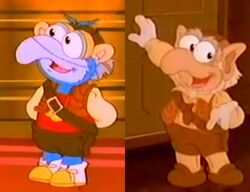 Baby Gonzo as Hoggle in "Nice to Have Gnome You"

The full-bodied Hoggle puppet, along with a few other items from the production, is currently owned by and on display at the Unclaimed Baggage Center in Scottsboro, Alabama. 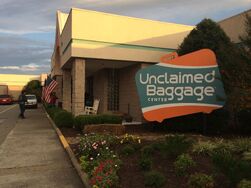 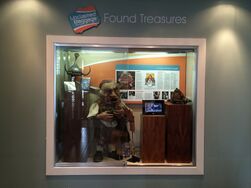 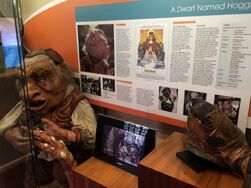 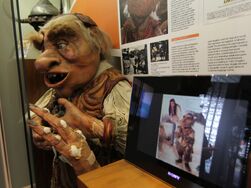 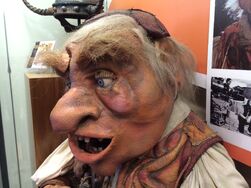 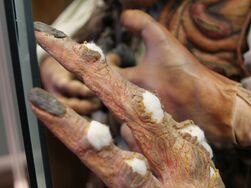 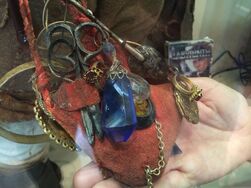 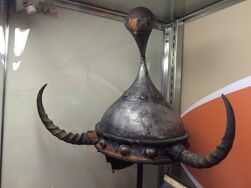 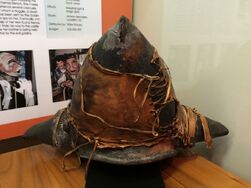