The Entertainment Industry Foundation's annual Hollywood Hits Broadway Benefit Gala is an annual benefit held by the Entertainment Industry Foundation (EIF), as part of their ongoing support of cancer research. The EIF was created in 1942 by Humphrey Bogart, James Cagney, the Warner Brothers and Samuel Goldwyn, to try and unify Hollywood's charitable giving, to maximize dollars raised.

On April 24, 2004, the 2nd annual event was held on the luxury cruise liner, Queen Mary II, in support of Colon Cancer Research. Onboard, Dakota Fanning appeared with some of the Muppets of Sesame Street, where she sang "Do-Re-Mi" from The Sound of Music with Elephant, Elmo, Cookie Monster, Zoe, Rosita, Grover, and Phoebe. 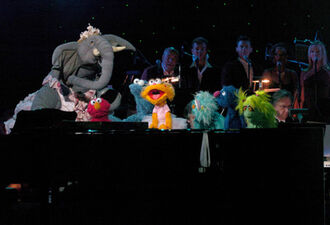 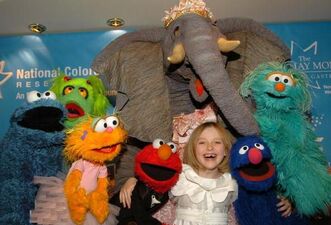 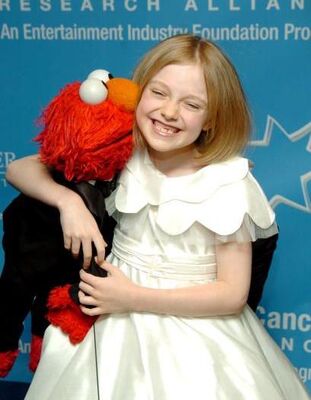 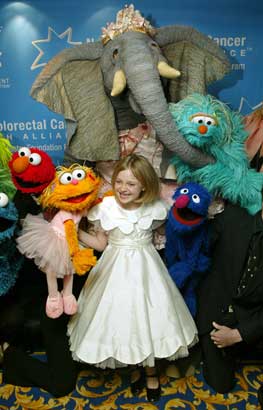 Add a photo to this gallery
Retrieved from "https://muppet.fandom.com/wiki/Hollywood_Hits_Broadway_Benefit_Gala?oldid=1092144"
Community content is available under CC-BY-SA unless otherwise noted.