Hollywood Squares is a popular television game show where contestants compete for prizes while playing Tic-Tac-Toe. It was hosted by Peter Marshall from 1966-81, Jon Bauman from 1983-84 (in a combined hour-long format with Match Game), John Davidson from 1986-89, and Tom Bergeron from 1998-2004.

Big Bird and Oscar the Grouch appeared many times on the show during the Marshall era. Big Bird often addressed Marshall as "Mr. Marshmallow", akin to his difficulties with Mr. Hooper's name. It was here where Big Bird met M*A*S*H actor Gary Burghoff, who inspired Big Bird to name his teddy bear Radar.[1] Big Bird and Oscar would also add on several appearances to their filmography during the Bergeron era. Caroll Spinney stated in The Wisdom of Big Bird, that he made over 140 appearances on Hollywood Squares, and in the audio commentary for I Am Big Bird, he more specifically cited 146 appearances.

Other Muppets who appeared on the show in the Bergeron era include Kermit the Frog, Miss Piggy, Gonzo, Bear, and Elmo.

Note that most dates indicate the start of a week on which a celebrity would appear. Big Bird also appeared on the Storybook Squares spin-off in the 1970s. 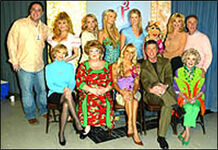 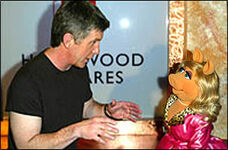 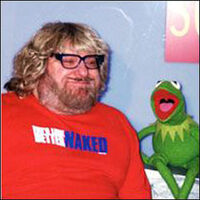 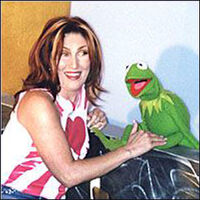 Wikipedia has an article related to:
Hollywood Squares
Community content is available under CC-BY-SA unless otherwise noted.
Advertisement