Hoots the Owl is the resident jazz musician on Sesame Street, first introduced in 1985. Hoots plays the saxophone, often performing at the jazz club Birdland.

He has a granddaughter named Athena. Some of his songs have included "Put Down the Duckie," "Do De Rubber Duck," "The Birdcall Boogie," and "A Cookie Is a Sometime Food" with Cookie Monster.

In Episode 2304 (1987), Hoots explains his career background to Athena through pictures hanging along one of the walls of Birdland. He first started out in a band called "The Rhythm School," where he got his first real gig. Later he worked at a classy nightclub, working with great artists that included his future wife (who closely resembles Athena). He then flew downtown where he got into jazz before finally settling on Sesame Street, where he jammed with his new band, the Owl-Stars. In Episode 3110 (1993), Hoots recalls that he first broke into the jazz scene while working as a waiter in New Orleans.

Though Hoots was last used as a character in the late 2000s, he returned in 2019 for new productions associated with the show's 50th anniversary, performed now by Christopher Hayes. These appearances include the jazz concert A Swingin' Sesame Street Celebration and the prime-time special, Sesame Street's 50th Anniversary Celebration. He subsequently appeared on the show in Episode 5102 and was interviewed for a 2020 broadcast of Jazz Night in America.

A stage puppet of the character was used in a number of Sesame Street Live shows and Sesame Place's Rock Around the Block Parade.

The puppet used for Hoots was first seen, with a different performer, as the owl member of the Feathered Friends in Follow That Bird. He was the only member skeptical of Big Bird's sadness.

Hoots began appearing on Sesame Street in season 16. Originally, the puppet had realistic owl-like eyes, as well as a moving eyelid mechanism, giving him more expression. He was slightly redesigned for season 19 with a sharper beak and he was given his signature vest. Season 21 introduces a slightly smaller puppet with refined features and darker, more solid feathers and a new eyebrow mechanism.

The puppet was slightly redesigned for his 2001 return in Music Works Wonders with new orange eyes that look more generic and less owl-like, although they still featured moving eyelids, in addition to the moving feather brow. The pupils were also simplified, eliminating the original yellow ring that circled them.

In 2006, a new Hoots puppet was used when he was singing "It Feels Good When You Sing a Song" with John Legend. He has longer bright orange-brown feathers, his beak is bright yellow (and more flexible), and his toes are movable via glove-like holes. When Hoots returned in 2019, his vest was removed. 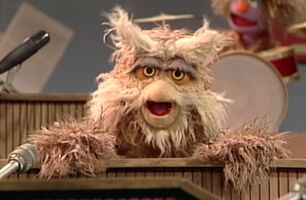 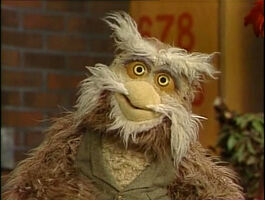 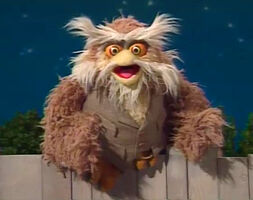 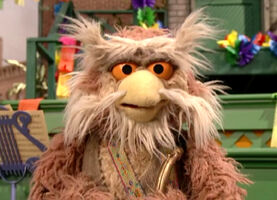 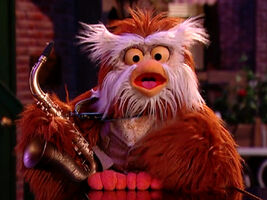