How to Play Nearly Everything is a music education book by Dallas Cline, originally published in 1977. The book is billed as "a joyful introduction to 10 folk instruments anyone can play", including the kazoo, the washboard, spoons, and the washtub bass.

In 1982, Music Sales Corp. published a Sesame Street edition of the book, as part of a "Sesame Street Music Corner" series. This series of three book/instrument sets was designed to hang on racks in music stores, targeted at young children visiting the store while their older siblings are shopping for more complicated instruments. The Sesame version featured additional text by Pat Tornborg, and illustrations by Nancy Stevenson. The book was packaged with a kazoo and two wooden mallets. 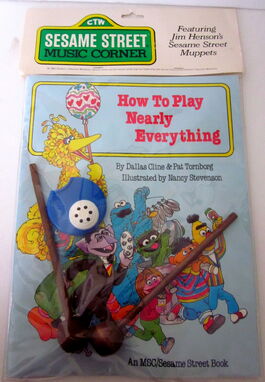 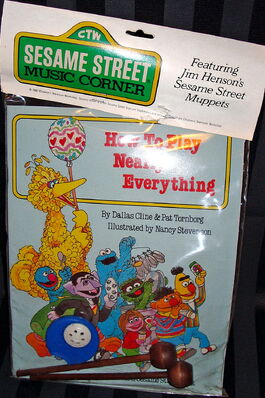 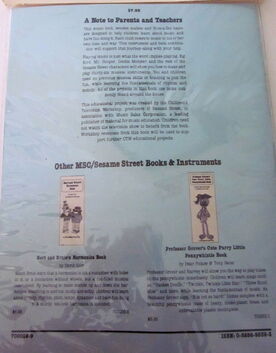 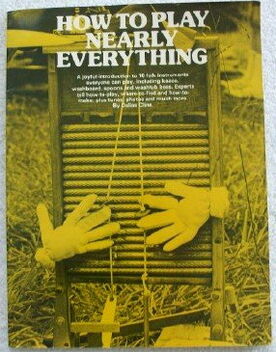 The original 1977 version of the book.
Add a photo to this gallery
Retrieved from "https://muppet.fandom.com/wiki/How_to_Play_Nearly_Everything?oldid=1071707"
Community content is available under CC-BY-SA unless otherwise noted.