"Hugga Wugga" evolved from a longtime favorite Jim Henson sketch originally titled "Sclrap Flyapp." Henson's love of jazz is evident in the performance of "Hugga Wugga," in which he played with the idea of combining eerie music, visual imagery, and special effects. The song is registered with BMI as "Hugga Wugga" but is sometimes referred to in Henson documents as "Buggy Mugger".[1]

In the sketch, a nasty, gravel-voiced creature marches through an alien swamp, chanting "Hugga Wugga!" When he finds creatures that sing different songs, he blasts them with steam. This bully is infuriated when he meets a creature who sings "You Are My Sunshine." Hugga Wugga blasts him, but the happy creature turns the tables on his aggressor.

The sketch was first performed as part of Nancy Sinatra's Las Vegas stage show, Movin' with Nancy: Nice 'n' Easy, in 1971. In 1976, it was performed in episode 118 of The Muppet Show. In Gonzo Presents Muppet Weird Stuff, it's revealed that this is Gonzo and Camilla's song (though they refer to it as "Hugga Wugga Buggy Mugger"). 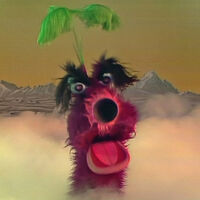 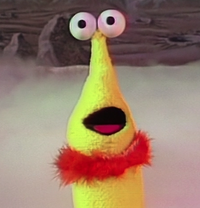 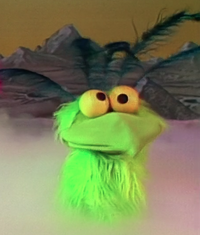