"I've Grown Accustomed to Her Face," the closing number from My Fair Lady, is about someone realizing that he has fallen in love only after the object of his affection has left him. The song has been recorded by a variety of artists over the years, including Rosemary Clooney, whose version (entitled "I've Grown Accustomed to Your Face") was used in a comic sketch that the Muppets performed on several different variety shows.

According to Jim Henson's Red Book, the sketch originated on Sam and Friends.[1]

In the sketch, Kermit (wearing a wig) lip synchs to the Clooney recording, singing to a small creature that is covered entirely by a piece of cloth with a face drawn on it. As "she" sings, the creature eats the mask off its own head, revealing itself to be the ever-hungry Yorick. Kermit keeps singing though, even as Yorick tries to munch on "her" hand and foot. When the sketch was performed on The Ed Sullivan Show, Kermit wore a red sweater and pearls to complement his wig.

Jim Henson mentioned during a 1971 appearance on The Dick Cavett Show that the sketch was "the first thing I ever did on network television, and it was the old Steve Allen Tonight show." The sketch is considered a classic example of the Muppets' variety show act, and excerpts are often used in documentaries about Jim Henson.

On Sesame Street, Oscar the Grouch sang "I've Grown Accustomed to Her Fur" to his Grouch dog, Cranky in episode 4127.

In the Henson Alternative show, Stuffed and Unstrung, the classic sketch was remade, this time with an unnamed female puppet and a creature resembling Yorick, though with a fuller chin. This version was performed at the 2011 D23 Expo by Brian Henson and Leslie Carrara-Rudolph. 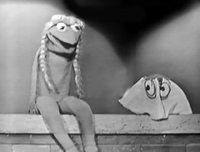 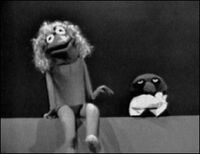 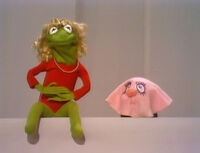 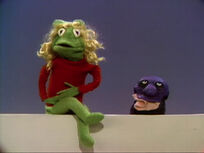 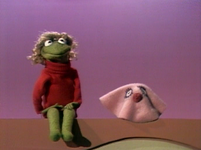 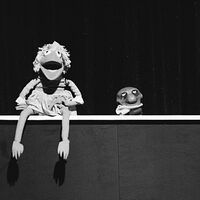 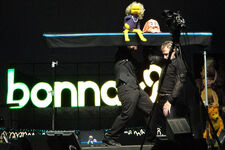 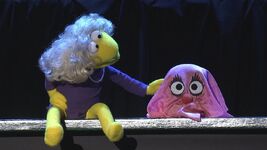 Retrieved from "https://muppet.fandom.com/wiki/I%27ve_Grown_Accustomed_to_Her_Face?oldid=1092632"
Community content is available under CC-BY-SA unless otherwise noted.