"I Believe" is an original Christmas song performed by Kermit the Frog during the 2008 Macy's Thanksgiving Day Parade. Based upon Macy's 2008 Christmas slogan "Believe," the song is about how Kermit believes in Santa Claus and the magic of the Christmas season. The song was nominated for a Daytime Emmy Award in the category of outstanding original song - main title and promo.

In the 2009 parade, the song was performed twice again. First, Kermit performed the song with Tiffany Thornton. Moments later, the song was reprised as the parade's grand finale featuring the kids of "Camp Broadway" and Stagedoor Manor (who also sang "Santa Claus Is Coming to Town") welcoming Mr. and Mrs. Santa Claus. A year later, the song returned once more as the finale for the parade after a reprise of "Yes, Virginia," the new song created for the 2010 version.

Kermit and Thornton performed the song in Boston, MA the next day at Macy's tree lighting ceremony.[1]

A music video for the song premiered online on December 1, 2009 and ran subsequently on Disney Channel. The song was released as a single on iTunes and Amazon.com. 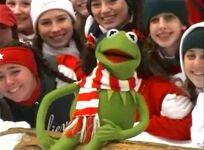 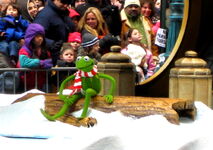 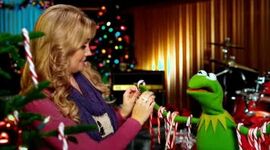 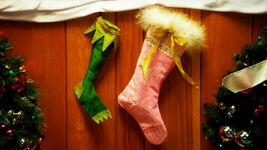 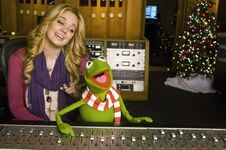 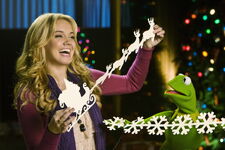 Retrieved from "https://muppet.fandom.com/wiki/I_Believe?oldid=1238504"
Community content is available under CC-BY-SA unless otherwise noted.