"I Got Plenty o' Nuttin'," from the opera Porgy and Bess, is performed in Act II by Porgy, explaining his positive attitude toward being poor.

In a season 33 Sesame Street Number of the Day sketch for the number 0, Count von Count celebrates the disappearance of his pipe organ by singing a few bars of the song.

A parody commercial of food songs in episode 112 of The Jim Henson Hour includes the song "I Got Plenty o' Mutton." 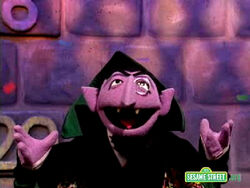 Retrieved from "https://muppet.fandom.com/wiki/I_Got_Plenty_o%27_Nuttin%27?oldid=754318"
Community content is available under CC-BY-SA unless otherwise noted.