I Remember It Well

"I Remember It Well", from the Lerner and Loewe film musical Gigi, is a duet about a couple who remember their first date very differently. It was originally performed by Hermione Gingold and Maurice Chevalier and has since been performed by the Muppets on several occasions. 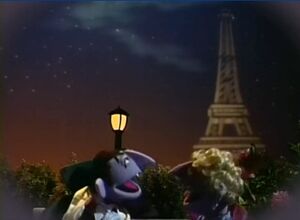 "Ah Yes, I Remember it All"
Community content is available under CC-BY-SA unless otherwise noted.
Advertisement