Ieniemienie is a mouse character on Sesamstraat, the Dutch co-production of Sesame Street.

Representing the psychological age of a six-year-old, Ieniemienie is the oldest of the group. She is very clever and smart-alecky, and sometimes she tends to be a little bossy. Her best friend is Tommie. Being the smallest person on Sesamstraat, she often hangs out with Pino. Ienie is known for her giggle, as well as her signature moves like scrunching her nose when she's angry or frustrated or raising her shoulders when she's confused.

Ieniemienie was introduced in 1980 as Ienie Mienie. She originally started out as an independent mouse who lived in a hole and was often searching for cheese. Over the years, as female emancipation became less of an issue on the street, her personality became more childlike.

The puppet has been refurbished a few times, but without drastic changes; except for the 1996 anniversary special, in which Ieniemienie's legs were shown for the first time, during a stiltwalking scene. In the 2016 song "Ik zit op Springen" ("I'm on Jumping") she was a marionette.

Ieniemienie is performed by Catherine van Woerden. Her arm rods are often manipulated by either Marijke Koek or Lindai Boogerman. 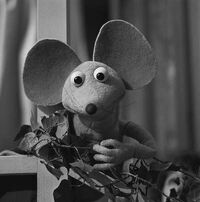 Ieniemienie as she appeared on the show for the first time 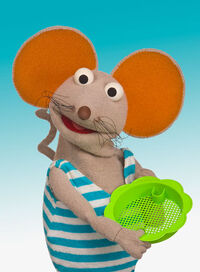 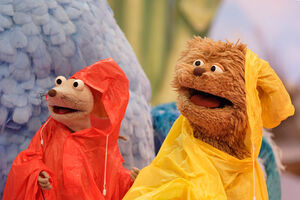 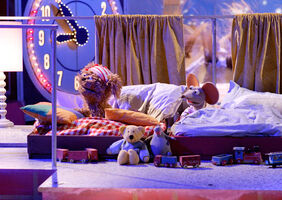 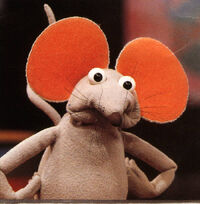 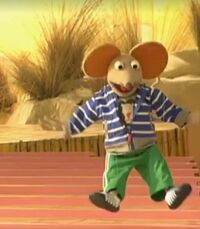 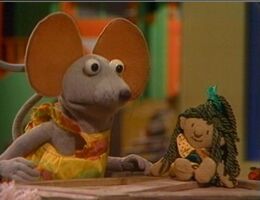 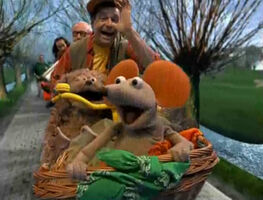 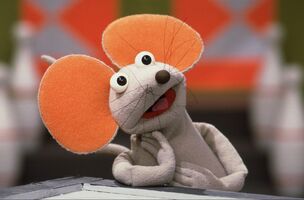