Il Giornalino (The Magazine) is a weekly comics magazine published in Italy. The magazine was founded in 1924, first publishing cartoons of Catholic inspiration, and later becoming more secular. The magazine has published comics based on many licensed characters, including Muppet Babies, Looney Tunes, the Smurfs, Popeye, the Flintstones, and Teenage Mutant Ninja Turtles. It has also developed original comics characters, including Nicoletta, Pinky, Small Teeth and Jack Speed. 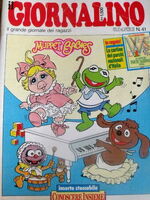 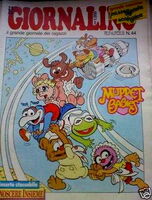 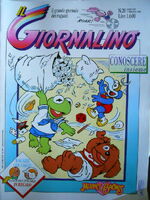 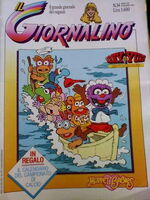 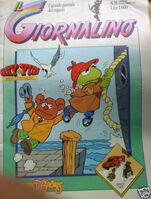 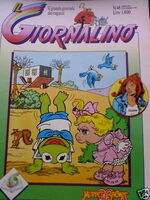 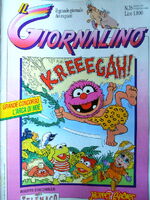 1990, week 26
Add a photo to this gallery
Retrieved from "https://muppet.fandom.com/wiki/Il_Giornalino?oldid=1071795"
Community content is available under CC-BY-SA unless otherwise noted.