The state of Illinois is the 21st state, located in the Midwestern United States. Its largest city, Chicago, supplied the name of Chicago the Lion, and in the 1970s, local hockey team the Chicago Blackhawks played a match against Sesame Street characters. 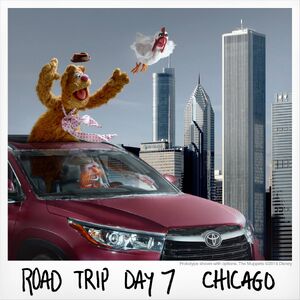 Add a photo to this gallery
Wikipedia has an article related to:
Illinois

Retrieved from "https://muppet.fandom.com/wiki/Illinois?oldid=1364240"
Community content is available under CC-BY-SA unless otherwise noted.