Imagine... A Wish for Grover is a 1994 Sesame Street storybook featuring Grover.

The book was reissued in 2008 by Publications International as a Play-a-Story Animated Storybook, accompanied by a DVD. The 8-minute DVD features Grover (Eric Jacobson) narrating the story with Tom Brannon's original illustrations animated by Micah Trivisonno. The story was adapted from Allison Davis by Shawn Currie, with music by Curtis Marolt. 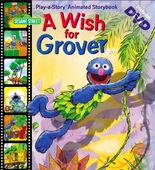 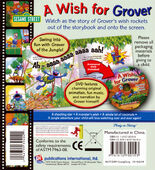 Add a photo to this gallery
Retrieved from "https://muppet.fandom.com/wiki/Imagine..._A_Wish_for_Grover?oldid=1071806"
Community content is available under CC-BY-SA unless otherwise noted.