The band appeared in the premiere episode of The Muppets performing their song "Roots."

They had previously worked with Puppet Heap (the company who builds the Muppets for Disney) on their music video for "Radioactive" which also featured some veteran Muppet/Henson performers including Michael Schupbach. 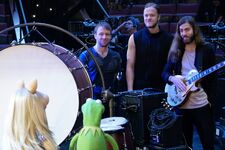 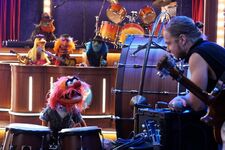 Add a photo to this gallery
Wikipedia has an article related to:
Imagine Dragons
Retrieved from "https://muppet.fandom.com/wiki/Imagine_Dragons?oldid=1071802"
Community content is available under CC-BY-SA unless otherwise noted.