Imagine with Me is a Play with Me Sesame DVD, released on Region 1 DVD in 2008. It was previously released in region 4.

The DVD comes with a bonus CD-ROM.

Video: Kids observe tall buildings and make their own buildings out of blocks
Game: Explore Elmo's Classroom
Video: Kids tell Gordon what they see in the clouds
Game: Elmo's Clouds Game
Video: A girl narrates a film in which she and her friends make a mobile at the ocean
Game: A piece of paper transforms into various objects 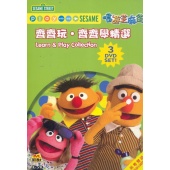 DVDHong Kong, 2010
Intercontinental Video
IVL 628160
Part of the Play with Me Sesame: Learn and Play Collection DVD boxset, along with Let's Play Games and Playtime with Ernie 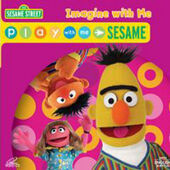 Asia (VCD)cat. no 617374
Add a photo to this gallery
Retrieved from "https://muppet.fandom.com/wiki/Imagine_with_Me_(video)?oldid=1259946"
Community content is available under CC-BY-SA unless otherwise noted.