infoMania is a weekly news show that aired on Current TV until July 2011. The series pokes fun at the media, pop culture, music and internet memes. The show was formerly hosted by Connor Knighton, with other segments hosted by Brett Erlich (current host), Ben Hoffan, Brian Sofi, Erin Gibson and Sarah Haskins. 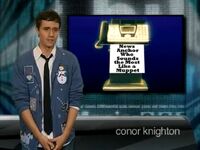 December 19, 2008Connor gives a "Retrospectatti" to Glen Beck, for "News Anchor Who Sounds The Most Like a Muppet." 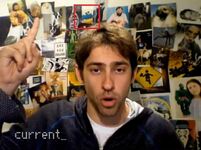 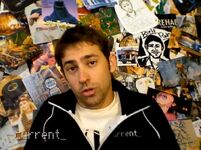 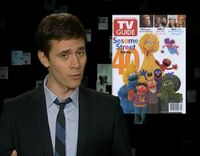 November 5, 2009"We Got You Covered": Connor dispays the cover to TV Guide's Sesame Street tribute issue. He also plays clips from "C is for Cookie" and "Healthy Food" as contrast between the past and present. 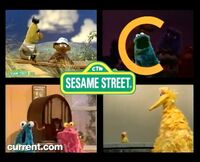 November 12, 2009The show pays tribute to Sesame Street 's 40th anniversary with a montage of viral covers of the theme song. 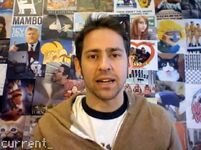 March 11, 2010"Viral Video Film School": A parody picture of the Swedish Chef appears on the wall. 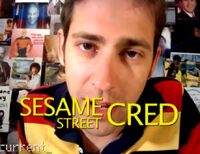 July 29, 2010"Viral Video Film School": Brett showcases videos of amazing kids. After viewing a video of a rapping kid, he claims he has "Sesame Street Cred."

August 5, 2010"We've Got You Covered": When talking about Lady Gaga on a magazine cover, he mentions material her birthday suit would be made of, including "Muppet skins." 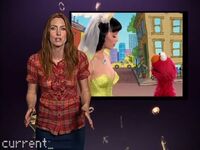 September 30, 2010"Modern Lady": Erin Gibson hosts a piece about the recent exposure of Katy Perry cleavage, including her pulled appearance from Sesame Street. 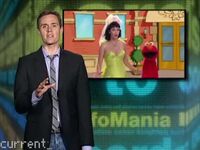 March 10, 2011In the Rotten Tomatoes segment review of Rango, Brett calls the character of Rango a combo of Hunter S. Thomson and Kermit the Frog. 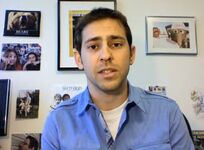 Viral Video Film School half-hour specialsBrett has a framed parody picture of Gonzo and Animal hanging behind him during the framing sequences. 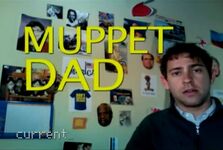 Date unknown"Viral Video Film School": When talking about firework videos, Brett encourages people recording to talk like "Muppet Dad".
Add a photo to this gallery
Wikipedia has an article related to:
infoMania (TV series)
Retrieved from "https://muppet.fandom.com/wiki/InfoMania?oldid=1092834"
Community content is available under CC-BY-SA unless otherwise noted.