Inner Tube (originally titled IN-TV)[1] was a concept for a television series developed by Jim Henson in 1987. The concept was later revisited with Henson's pitch for Lead-Free TV, which would itself evolve into what became the MuppeTelevision segments of The Jim Henson Hour.

A pilot for the series was written by David Misch; and Henson produced and directed a 10-minute pitch reel for the show in January 1987.

Brian Jay Jones explained the concept for the show in Jim Henson: The Biography:

“At the heart of IN-TV was a clever concept; each week, a live guest star would get sucked into the television set and would have to work his way back out again, usually by moving from one bad television channel to another. It was a fun idea, giving Jim an opportunity to satirize the seemingly endless parade of upstart cable channels and lame public access shows that were common in the early days of cable.[1]”

John Candy was originally scripted as the guest star for the pilot, but in the end no guest star appeared.[2]

Henson had some apprehensions about the original pilot script; and creative consultant Larry Mirkin called it "consistently dark, victimized, and pessimistic" with feelings that it was also unfunny.[1] Henson still thought the concept had potential and spent three days taping the pilot, which he edited down to a 10-minute pitch reel. Originally the show was to focus on a brand-new set of Muppet characters; and according to writer David Misch, the pilot was not meant to resemble The Muppet Show.[2] However Kermit the Frog and Miss Piggy were eventually given brief appearances in pitch reel in an attempt to better help Henson sell the series. Bernie Brillstein tried selling the show to NBC and other networks, but found no takers.

Although the new puppet characters were made of foam latex (similar in style to those of The Ghost of Faffner Hall and Mother Goose Stories; and an indication that they may have been created by the Creature Shop), they were actually built by the New York Muppet Workshop. The new characters were performed by Dave Goelz, Steve Whitmire (credited as Steve Whitmore), Richard Hunt, Kevin Clash, Camille Bonora, Kathryn Mullen, David Rudman, Rick Lyon and John Henson.

"Inner Tube," a fly-by-night cable network in the back of an electronics shop, is run by two harried, nutty mechanics: 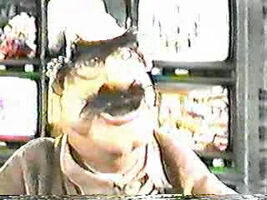 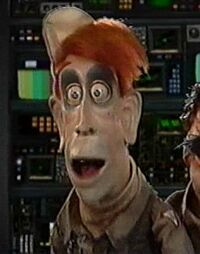 One of the channels Jake and Henry broadcast is the domain of an unnamed futuristic rock band: 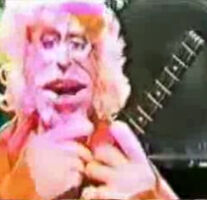 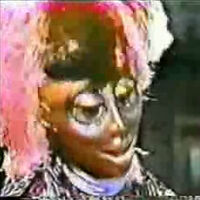 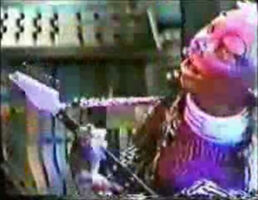 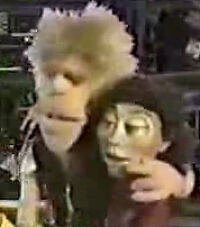 Maya(?) and Flash lean on each other in exhaustion after everyone was made to run a lap around the parking lot. 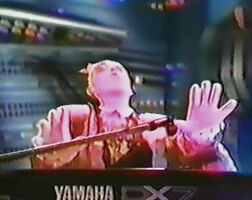 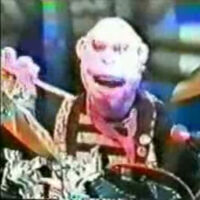 The drummer scratches his back with a drumstick as he offers his opinion. 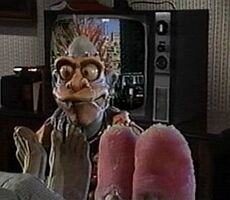 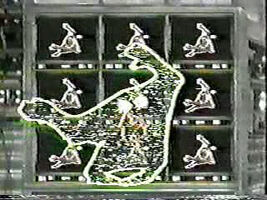 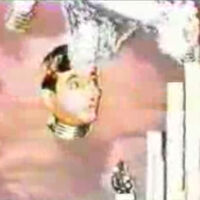 Zaloom demonstrates how pollution comes out of smokestacks. 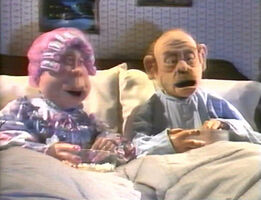 Aerobics Channel - hosted by Miss Piggy, who says that if you do your daily dozen with someone you love, exercise can be less boring. (Reused footage from an unreleased "Aerobique " music video. Cuts off before Kermit arrives.)

All-Kitchen-Utensil Network - a channel that adapts stories for a kitchenware cast.

Backgrounds and Electronic Effects by:
CHARLEX