Irma was the name the Muppet Babies gave to a friendly "alien" that found its way into the nursery in the Muppet Babies episode "From a Galaxy Far, Far Away...". The Babies think she is from the planet Neptune and was left behind on Earth by her family. The Muppets try calling Irma's family and building a huge slingshot to shoot her home. After many failed attempts, the Babies, using their imagination, set off into outer space to take Irma back home.

Irma has a special connection with Gonzo, who not only discovers her, but also feels great empathy with her. Irma also likes Gonzo's doll Camilla, which he gives her as an offering of friendship and peace. Irma has a large family of similar creatures on Neptune. They are very friendly and enjoy playing hide-and-seek with Kermit, although their internal radar makes it very easy for them to win.

It turns out that Irma is a koala named Charlie that escaped from the nearby zoo. The zookeeper comes and gets Irma, and gives the Babies free passes to the zoo for taking care of him. 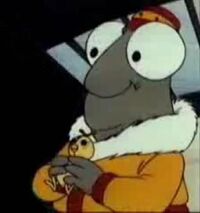 Irma as seen in the babies' imagination 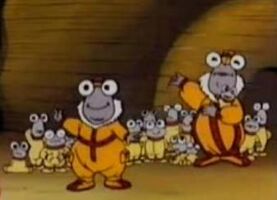 Irma and family reunited on Neptune 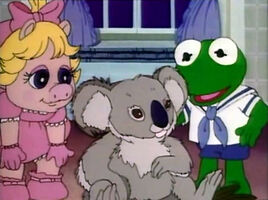 Irma revealed as a koala
Community content is available under CC-BY-SA unless otherwise noted.