Bobin co-created the HBO series The Flight of the Conchords (with Bret McKenzie and Jemaine Clement). The UK-native worked as a director and writer for The 11 O'Clock Show and Da Ali G Show, and has directed advertising for Diet Coke.

In early 2014, Bobin spoke to Starburst magazine (in issue 398) about the future of the Muppets beyond Muppets Most Wanted:

"I really feel like I've gotten to know them, so I'd love to make more. I'd really like to bring The Muppet Show back. I think that's something that people would love to see still. When we make the films I always feel like we try to put as many sketches and skits into it as we can. I think that people respond well to that. It's a case of finding the time and people inclined to make it. I do think there's room for a Muppet show on TV today. The world still needs a Muppet show." 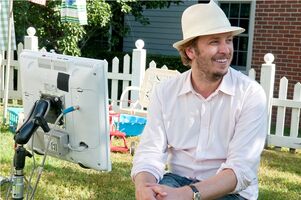 Bobin filming scenes for Smalltown, USA in The Muppets. 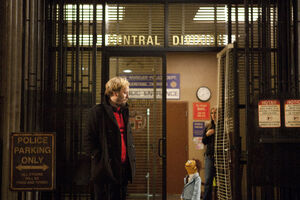 On the set of The Muppets with Walter. 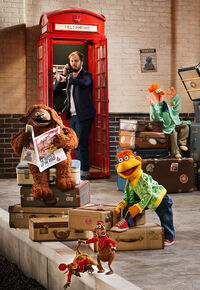 Promotional image for Muppets Most Wanted.
Wikipedia has an article related to:
James Bobin
Community content is available under CC-BY-SA unless otherwise noted.
Advertisement