Jason Bateman (b.1969) is an actor who became famous for his starring role in the TV show Silver Spoons. He has also starred in Teen Wolf Too, The Hogan Family, Arrested Development and with Kermit the Frog in Mr. Magorium's Wonder Emporium, and again with the frog as a guest in The Muppets episode "Pig's in a Blackout."

Bateman spoke to Empire magazine about his favorite Muppet: "The guys on the balcony. They're shit-talkers and they seem like they want to be anywhere but there. I've always been into that kind of comedy."[1] 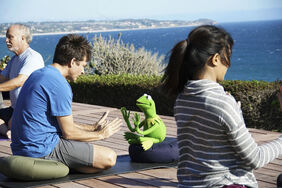 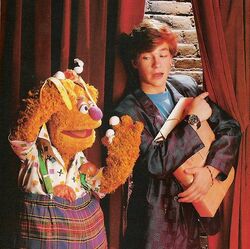 Wikipedia has an article related to:
Jason Bateman
Retrieved from "https://muppet.fandom.com/wiki/Jason_Bateman?oldid=1131513"
Community content is available under CC-BY-SA unless otherwise noted.