Jean-Honoré Fragonard (1732-1806) was a French painter and printmaker whose late Rococo manner was distinguished by remarkable facility, exuberance, and hedonism. One of the most prolific artists active in the last decades of the ancien régime, Fragonard produced more than 550 paintings.

One of Fragonard's most famous paintings, The Swing, was spoofed by Miss Piggy in The Miss Piggy Calendar 1980. The image was later reused as part of the Modern Bride spoof from The Miss Piggy Cover Girl Fantasy Calendar, and on The Lunhbox of Notre Dame from the Muppet Parodies 1998 Calendar.

Similar imagery was used in episode 222 of The Muppet Show for the number, "Spinning Wheel," with Teresa Brewer and Sweetums. 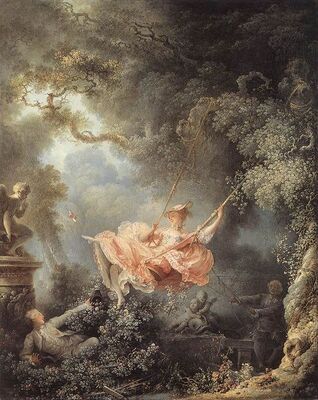 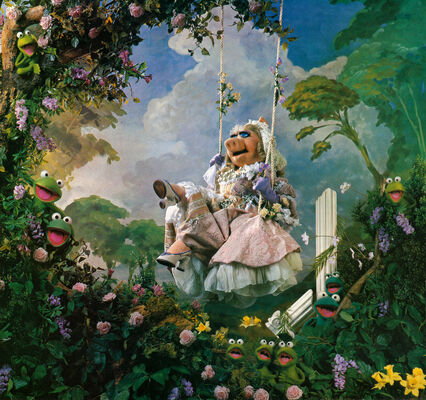 The Swing, 1980.
Add a photo to this gallery
Wikipedia has an article related to:
Jean-Honoré Fragonard
Retrieved from "https://muppet.fandom.com/wiki/Jean-Honor%C3%A9_Fragonard?oldid=1072118"
Community content is available under CC-BY-SA unless otherwise noted.