Jeopardy! is a daily syndicated trivia game show, created by Merv Griffin in 1964. The series ran on NBC from 1964 to 1975, and in syndication from 1974 to 1975 and 1978 to 1979, with all versions hosted by Art Fleming. The syndicated version was re-launched in 1984 with new host Alex Trebek, and has aired continuously since.

Beginning in 1992, the show has featured celebrity tournaments, and the show created a celebrity of their own with contestant Ken Jennings, who won 74 consecutive games on the show.

The series theme song has entered the pop culture lexicon, and the show itself has been parodied on shows ranging from The Simpsons, to Saturday Night Live (whose oft-recurring parody of its celebrity tournaments included three Muppet references), and has even been an important element of an episode's storyline, with characters appearing on or auditioning for the show on shows such as The Golden Girls, The Nanny and Cheers. 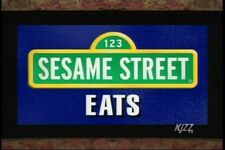 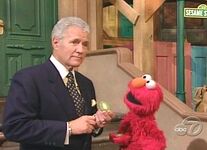 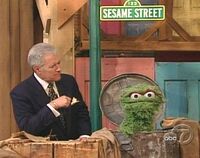 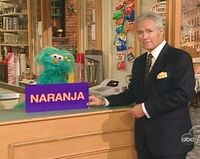 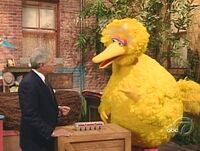 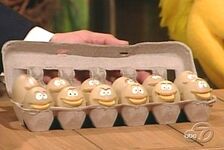 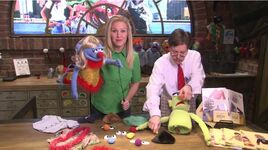 Sarah Whitcomb at the Muppet Whatnot Workshop.
Add a photo to this gallery

Celebrity Jeopardy! Contestants have included many individuals who have worked with the Muppets and/or productions from the Creature Shop.

Wikipedia has an article related to:
Jeopardy!
Retrieved from "https://muppet.fandom.com/wiki/Jeopardy!?oldid=1226978"
Community content is available under CC-BY-SA unless otherwise noted.