The London based workshop owned by the Jim Henson Company found at Oval Road, Camden. Distinct from The Muppet Workshop, the Creature Workshop had its roots in the pre-production for The Dark Crystal, beginning in 1978, assembling technicians, sculptors, and production designers, both Muppet veterans and outside talent, to create a realistic, unified world. At the end of this production, the majority of the staff left for other projects, as is common in the film business. Shortly after this, The Henson Company started crewing up for Labyrinth - and Henson expressed some regrets that many of the people who had worked on Dark Crystal were not available (since they were working on other jobs). As a result, he came up with the idea of opening a workshop that employed people on a long term basis, working on projects when they were available, and on research and development projects the rest of the time. Around this time "The Creature Shop" went from being an informal identifier to a formal one, used to denote the more aesthetically realistic, technically involved "creatures". Traditional puppetry techniques, while not entirely abandoned, were placed to the side in favor of radio-controlled advancements, animatronic technology, body suit performers, and fleshy latex faces capable of multiple eye, brow, jaw, and teeth movements.

Unlike the Muppet Workshop, which seldom accepted outside commissions, the Creature Shop was soon established as a special effects production house, utilized for both Henson films and series and outside, commissioned projects. The Creature Shop name first appeared in the credits of Dreamchild, for which the company's staff designed, built, and performed Lewis Carroll figures. The StoryTeller was the first television series to utilize the Creatures. Though primarily associated with realistic monsters and animals, the Creature Shop also occasionally built figures for Muppet productions, such as The Ghost of Faffner Hall or the Christmas ghosts in The Muppet Christmas Carol.

During this time, the controls became increasingly complicated - the earliest creatures were a mixture of cable operated and radio control - the latter originally based on modified Futaba sets, but later replaced by some custom transmitters ("Tranimats") based on JR hardware heavily modified by McGregor Industries, who were JR's UK distributors. These units had a large number of programmable mixes on them, allowing such things as mixing the eye up/down control into the eyelids for a more realistic appearance.

Around this time, the decision was made to investigate the possibility of using computer controls to aid this process - this culminated in the development of a unit called SYNN (a heavily contrived acronym for SYstem with No Name) - first used for controlling the dog in Storyteller. This was the first iteration of the Henson Performance Control System.

Full-bodied reptiles dominated the Creature Shop's slate in the early 1990s, creating the title characters in Teenage Mutant Ninja Turtles and Teenage Mutant Ninja Turtles II: The Secret of the Ooze, and an array of prehistoric beings in Dinosaurs. For these projects, enhancements were made to the Henson Performance Control System, an advancement from the earlier radio controls, allowing puppeteers to create complex facial expressions as well as detailed body movements, such as in finger joints. The team, including Faz Fazakas and Brian Henson, received a special Scientific and Engineering Academy Award in 1992 for this advancement.

The London base of the Creature Shop closed in spring 2005. It has now become a luxury apartment block simply called The Henson. 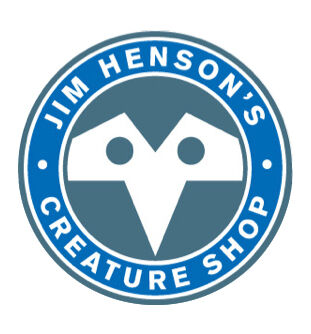 The Creature Shop expanded in the early '90s to help absorb the workload brought on by Dinosaurs. The show required a full cast of animatronic characters built by the Creature Shop. The series opened up the pathway to other animatronic projects such as The Flinstones, The Neverending Story, The Adventures of Pinocchio, 101 Dalmatians, and Babe.

The Creature Shop also became increasingly involved in digital puppetry and computer animation, in such projects as Loch Ness and Lost in Space. Other assignments involved creating realistic animal characters, for use as either doubles for Dr. Dolittle and Cats & Dogs.

In 2000 the Shop moved to the Henson Company Lot on La Brea Avenue.

Today, the Henson Digital Puppetry Studio has evolved to become a means of performing computer-generated characters in real time. Puppeteers can create character voices and facial expressions through pre-programmed mechanisms controlled by an animatronic hand rig while body performers outfitted in motion capture suits add the full body movements and activity of the same character. This has been used on such productions as Frances, Sid the Science Kid, and Wilson & Ditch: Digging America.

After selling the Muppets to the Walt Disney Company in 2004, the Jim Henson Company merged the operations of the Muppet Workshop into the duties of their Creature Shop. Though the workshop is no longer responsible for the creation of Muppet characters, they continue to build the soft puppets required for Jim Henson Company productions as well as Sesame Street.

The company's New York workshop, now a division of the Creature Shop, continues to operate and has since moved to Long Island City, Queens (near the Kaufman Astoria Studios, the shooting location of Sesame Street) where it is headed by Connie Peterson as Workshop Manager, and Jason Weber as Creative Supervisor. The new, sans-"Muppet" name has also been alternatively credited as Jim Henson's Puppet Workshop and Jim Henson's New York Puppet Workshop.