In June 1965, 28-year-old Jim Henson started a written log of his activities in what became known as "The Red Book." Henson wrote down what had happened up until that point in his career and life, and then continued to note the events that he felt were worth recording with single line journal entries. Henson stopped recording events in the Red Book sometime around the end of 1988. 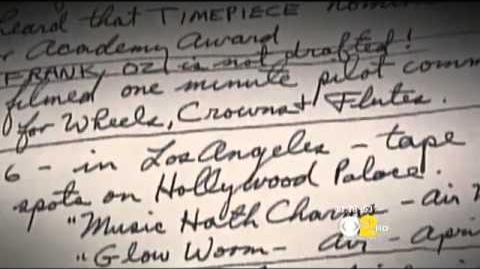