Jim Henson: Wonders from His Workshop was an exhibit at Center for Puppetry Arts in Atlanta. It focused on the technology that was developed for Fraggle Rock, Emmet Otter's Jug-Band Christmas, Labyrinth and other Henson productions.

The exhibit opened on September 16, 2008, and was originally to run until September 13, 2009 before shifting into long-term display. The items on display were on loan from the Henson Family Collection, courtesy of the Jim Henson Legacy, until they donated them to the center, and opened the Worlds of Puppetry exhibit on November 14, 2015.

The exhibit was located in the atrium. Guests were greeted by Big Bird as they entered, who stood next to The Southern Colonel. The Fraggle Rock exhibit included a collection of Doozers and various cars and Doozer stick constructions, as well as the miniature versions of the Fraggles. Full versions of Mokey and Red were included with props from the series.

A recreation of the The Muppet Workshop was featured, with many illustrations of past productions reproduced with company photographs, fabric samples and other materials. Also included were Emmet Otter and Alice Otter on the rowboat.

The Labyrinth section of displays included a great number of characters from the film including Sir Didymus, The Four Guards, Left Door Knocker and a recreation of the wall of hands. 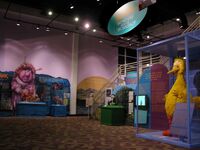 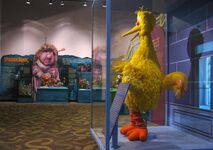 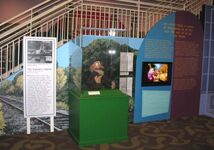 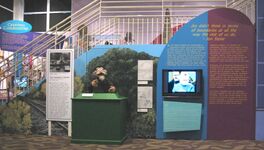 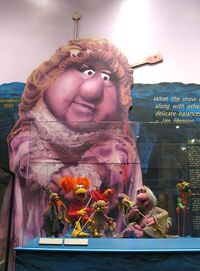 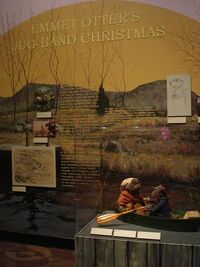 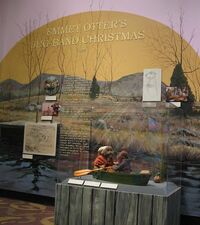 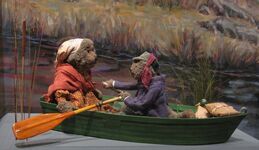 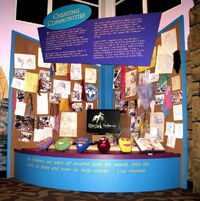 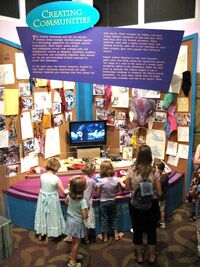 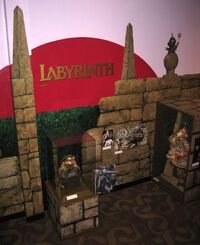 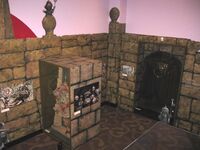 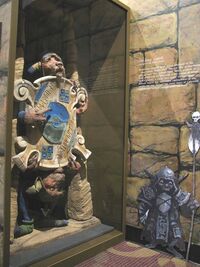 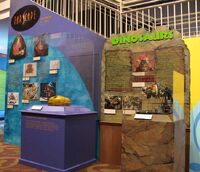 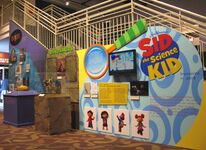 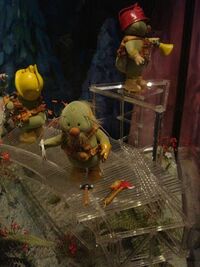 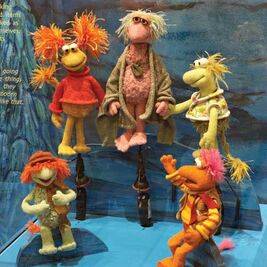 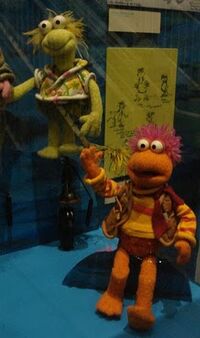 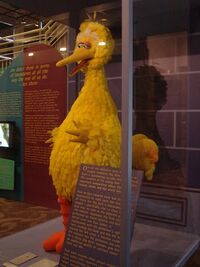 Retrieved from "https://muppet.fandom.com/wiki/Jim_Henson:_Wonders_from_His_Workshop?oldid=1093281"
Community content is available under CC-BY-SA unless otherwise noted.