Palisades Toys paid tribute to Jim Henson with this miniature replica of the Jim Henson Muppet banjo player from The Country Trio. A lot of care went into making this figure. Since the puppet didn't exist below the waist, Palisades researched Jim Hensons's style of clothing to make sure the pants were right.

The figure was packaged in a window box with pictures of Jim and all the main Muppet characters.

The banjo is the only new accessory: the chair and microphone were recycled versions of the Clifford Action Figure's accessories and the tambourine originally came with the Janice Action Figure. The magazine cover featured photos of the Frank Oz Muppet and the Jerry Nelson Muppet. Originally, a small Kermit hand puppet was to be included, but that concept was dropped.

The figure was sold at the Muppets, Music & Magic event at the Brooklyn Academy of Music in New York City. Afterwards, it was offered for sale on the Palisades website. 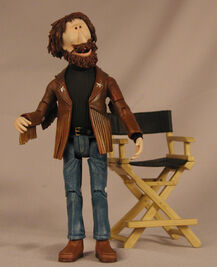 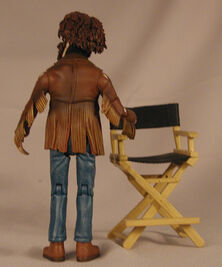 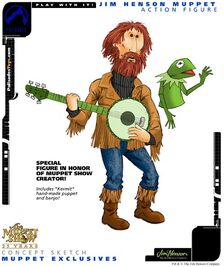 working art for the figure originally included a Kermit puppet 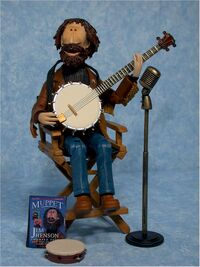 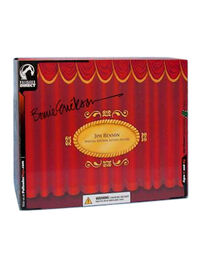 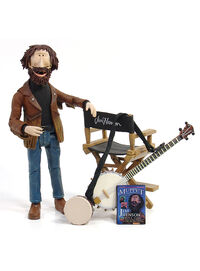 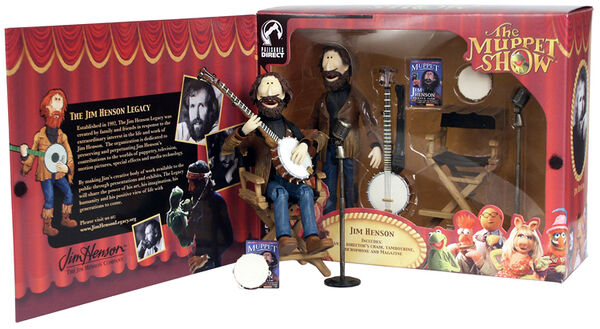 Retrieved from "https://muppet.fandom.com/wiki/Jim_Henson_Action_Figure?oldid=1354749"
Community content is available under CC-BY-SA unless otherwise noted.