Jim Henson Pictures was a short-lived brand name for films produced by The Jim Henson Company to be released by Columbia Pictures.

Under the original deal, inked in 1995, the Henson company undertook to produce around twelve films for Columbia, which would finance and distribute them, over a five year period. They had many ideas, including plans to do several Muppet movies. Ultimately, only three films were made under the Jim Henson Pictures banner.

The logo featured Kermit the Frog at a movie camera. He stares at the audience, laughs, turns to the camera, and stares off into the distance. The camera crane drops, making him jump. He turns to the other side of the screen and the voice of Animal is heard, saying "Sorry." Kermit glares back at the audience and then at the camera and says "Sheesh."

In The Adventures of Elmo in Grouchland, Animal's voice-over is not heard. In Buddy, the opening logo sequence ends before the crane drops. Since 2001, this logo variant has appeared at the front of The Muppet Movie and The Great Muppet Caper in their video releases, even in post-2004 releases by Disney. 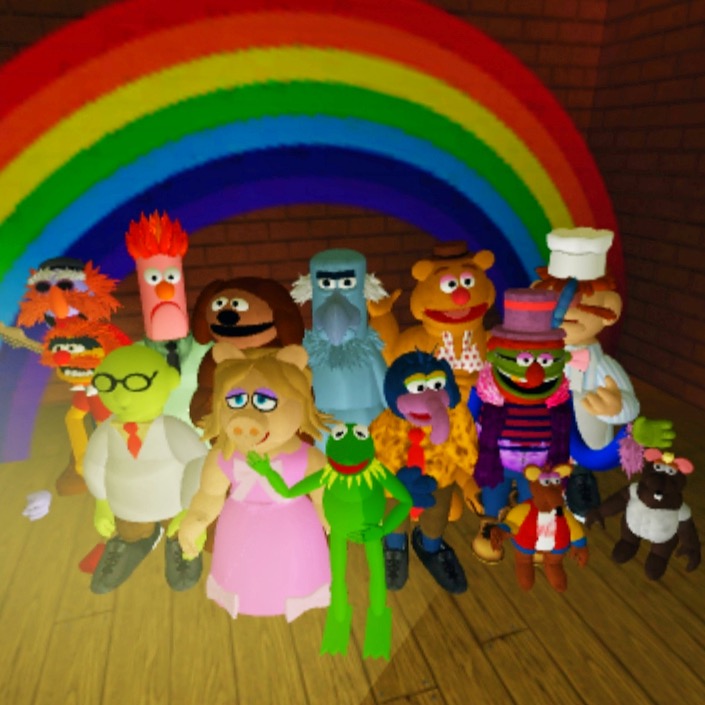