Jim Henson Records was a music label established by the Jim Henson Company in 1992, with a five-year licensing deal with record distributor Bertelsmann Music Group for worldwide distribution. BMG was established in 1987 by the multinational media company Bertelsmann AG; the Henson albums were distributed through the BMG Kidz line.

The first album, the soundtrack for the film The Muppet Christmas Carol, was released in November 1992. The official launch of Jim Henson Records was announced in March 1993.[1]

In 1993, Jim Henson Records released a set of seven albums, including several re-releases: the soundtracks for The Muppet Movie and The Great Muppet Caper, and Rock It to the Stars, a 1985 Muppet Babies soundtrack album. Jim Henson Records also released Muppet Hits, a compilation of Muppet Show songs previously released on LP in the late 70s.

The first completely original album for Jim Henson Records was Muppet Beach Party, a collection of classic surf tunes sung by the Muppets. The final track on the album, an enthusiastic rendition of "Wipe Out" sung by Animal, was released as a single. A music video for "Wipe Out" aired on VH1, featuring Animal rocking out over footage from 60s beach movies. The single reached the #1 spot on the children's record charts during the summer of 1993.[2]

As a special cross-promotion with Target department stores in spring 1993, Jim Henson Records produced a four-song cassette, Put Some Zing In Your Spring, which was packaged with stuffed toys of Kermit the Frog and Miss Piggy. The cassette included "The Rhyming Song" (from Muppet Hits), "Rainbow Connection" (from The Muppet Movie), "Fraggle Rock Theme" (from Music and Magic) and an original song by Kermit and Piggy, "Zing Into Spring".

The label's final album was the ambitious Kermit Unpigged, a concept album in which the Muppets are lost in a busy recording studio, where they join famous singers for duets. The celebrity lineup included Vince Gill, Linda Ronstadt, Don Henley, Jimmy Buffett and George Benson. On one track, Miss Piggy performed a raucous duet of "Born to Be Wild" with heavy metal performer Ozzy Osbourne.

To promote the album, Kermit and Miss Piggy recorded a music video for the first track, "She Drives Me Crazy". The Muppet footage was intercut with numerous celebrity cameos, in the style of Sesame Street's celebrity versions of "Monster in the Mirror" and "Put Down the Duckie". Filming for the cameos was done in September 1994 at studios in Los Angeles and New York City, and attracted press attention.[3] The roster swelled to 23 celebrities, including Leslie Nielsen, Katie Couric, Fran Drescher, Conan O'Brien, Paul Reiser, Shari Belafonte, Dick Clark, Gilbert Gottfried, Ricki Lake and Paula Poundstone.

The producers were so eager to get celebrities to participate in "She Drives Me Crazy" that Phil Collins' cameo was taped in a hotel room, and Bruce Willis and Demi Moore were "invited to contribute segments on location."[3] As it turned out, the footage of Willis and Moore appears to have been shot in the kitchen of their beach house, with the stars dancing around to the tune playing on a radio. The uncomfortable result is so star-studded that the mugging celebs threaten to crowd Kermit and Miss Piggy out of their own video.

The lackluster "She Drives Me Crazy" video is an appropriate end to the Jim Henson Records line, as the plug was pulled not long after. Just a month after the celebrities filmed their cameos for "She Drives Me Crazy", BMG informed Henson that they wanted to cancel their distribution agreement and close down BMG Kidz. In February 1995, Billboard printed a story, "Jim Henson Productions Sues BMG Over Poor Management":

Henson has accused BMG of arrogance, outright lying, and "revolving door" management as part of a deliberate campaign to sabotage Henson's five-year, $8 million record-distribution deal with BMG Kidz and BMG Music. The reason, according to court papers: Despite BMG's avowals of commitment, it was seeking to escape from the children's record business.

Last October, two years after the deal was signed, BMG "finally admitted" it wanted to void the agreement. Within two weeks, Henson claims BMG suddenly dismissed "the entire operational staff of BMG Kidz," and on Nov. 3 it broke the contract without paying guaranteed royalties of $3 million and $103,761.20 in reimbursable expenses.

Henson attorney Laurence Silverman was not available for comment at deadline. BMG won't comment except to say it thinks it's close to reaching an amicable settlement.

The company, in the midst of a major reorganization that brought in Strauss Zelnick as BMG North America president, has decided to focus on developing its own music and video product, such as The Adventures of Mary-Kate and Ashley and The Firm, a newly signed fitness series...

Music and video often complement each other, but Henson claims in its suit that it found out otherwise. Buena Vista Home Video markets the Henson catalog of theatrical and television programs, and might have benefited BMG had the latter availed itself of cross-promotional opportunities. Instead, says Henson, BMG "fumbled" two chances to work with Buena Vista, indicative of a lackadaisical attitude to the Muppet line.

Record sales, according to the action filed Dec. 23, languished in the two years the agreement has been in effect. For example, BMG sold "a discouraging" 40,000 copies of A Muppet Christmas Carol (sic) soundtrack in 1993, half the number moved the previous year, Henson claims. Buena Vista, meanwhile, has delivered more than 4 million cassettes of the movie, it says.

More recently, BMG allegedly failed to follow through on a 1994 summer promotion prepared by Henson to support the record re-release of The Muppet Beach Party. (sic) Henson says it created a music video of one of the songs and proposed that BMG repackage the album to match the video promotion's graphic design. BMG reportedly refused, even though its "disastrous handling" of the high-budget album the prior summer "necessitated the re-release one year later."

Henson says BMG sales have been "abject disappointments" across the board, ranging from less than 200 for The Great Muppet Caper to some 17,000 for The Muppets Hit Again. (sic) It categorizes sales of four book-and-audiotape packages, which averages about 3,000 each, as "dismal".
With BMG ignoring suggested new projects and promotions, the suit argues that "Henson found itself in a boat being paddled with only one oar."

Henson says BMG was never prepared to row. The suit claims BMG hired Phran Schwartz, "the wife of a senior BMG executive" (then RCA Records president Joe Galante) to manage the label, but she admitted in her first meeting with Henson "that she knew nothing about marketing family audio products or The Muppets. Schwartz lasted less than a year on the job."

The lawsuit argues the relationship also was doomed by "revolving door" BMG management. Bob Hinkle and Ron Osher, assigned day-to-day responsibilities by BMG lasted four months and one year, respectively. They were replaced by David Steffen, who had no children's-marketing background and devoted most of his time to BMG Video; he exited in six months. 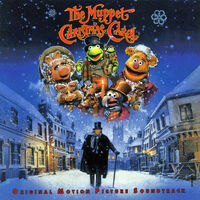 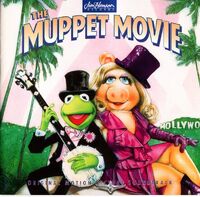 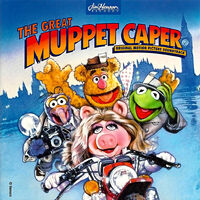 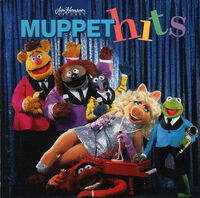 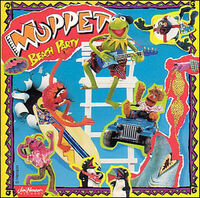 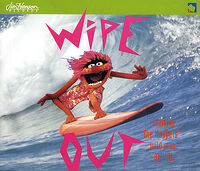 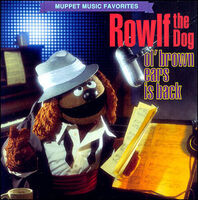 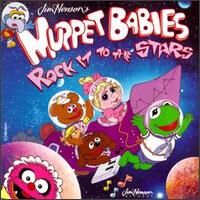 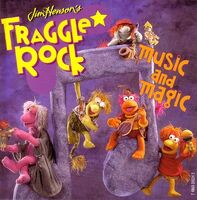 Put Some Zing In Your Spring1993 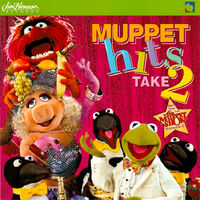 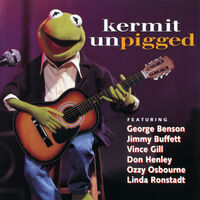 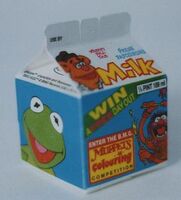