Jim Simon is an artist and animator who created shorts for Sesame Street. The best known is the often repeated and referenced "I Can Remember" about a girl who runs an errand for her mother. He also animated another short with the same girl who prepares to play outside in the snow.

Simon began his animation career as a background artist/designer at Paramount, as the studio phased outs its cartoon division in 1967. Following work on the Ralph Bakshi Spider-Man series, Simon decided to work on his own. He recalled in a 1975 issue of Millimeter how he broke in at Sesame Street, after being told he needed his own company: "So I borrowed $250, hired a lawyer to set up a company, did a couple of story boards on my own but sticking with the Sesame Street vein of thinking, and marched back up there. And right off the bat, they bought four of the five boards that I had brought up.” Simon's company name was Wantu Animation, and he went on to do segments for The Electric Company.[1]

Simon and Wantu worked on many commercials, and on the opening titles for Soul Train and Vegetable Soup (and inserts on the latter). He moved to Hollywood and worked at Filmation and then for a longer stint at Hanna-Barbera, variously as animator, storyboard artist, and story director on Yogi's Space Race, Richie Rich, The Smurfs, The Dukes, and Pac-Man. He was a character designer on The New Archies and later worked as overseas supervisor or timing director on Teenage Mutant Ninja Turtles, Doug, X-Men, and The Tick. 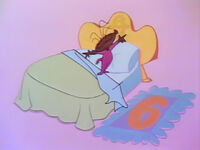 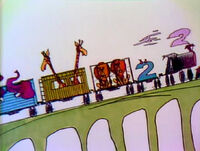 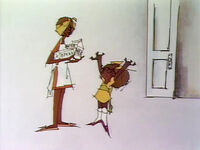 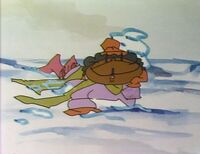 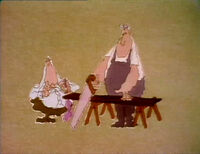 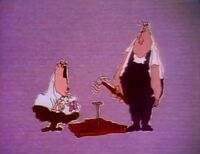 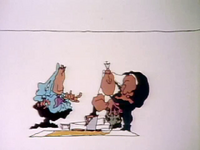 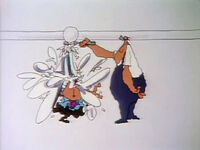 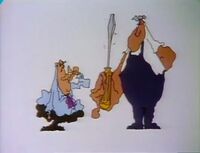 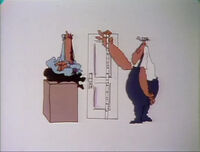