Joe Hundred Guy appeared in Sesame Street Season 35. In the final episode of his program, he is supposed to count to 100 by tens, but woefully admits that he really doesn't know how. His butler teaches him, then Joe successfully counts on his own. Though proud, he also confesses that his real name is Georgie Bernbaum (from the Bronx).

The character is a spoof of the reality TV show Joe Millionaire. 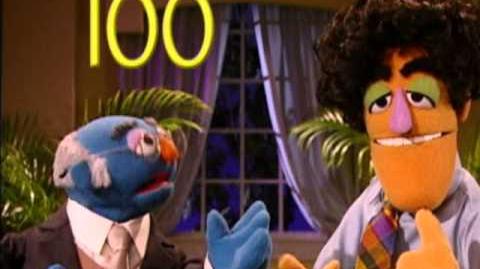 Sesame Street Joe Hundredguy
Add a photo to this gallery
Retrieved from "https://muppet.fandom.com/wiki/Joe_Hundred_Guy?oldid=1093307"
Community content is available under CC-BY-SA unless otherwise noted.