John Oliver is a British comedian who became well known in the U.S. as a correspondent on The Daily Show and for his recurring role as Professor Ian Duncan on Community. He hosts his own series Last Week Tonight with John Oliver on HBO.

In 2012, he appeared at The Secret Policeman's Ball and shared banter with Statler and Waldorf. Addressing Oliver as Harry Potter, Waldorf wants to know what everyone in the audience is doing with their cell phones. Oliver explains what tweeting is, prompting the curmudgeons to find their calling.

In 2014, Oliver appeared as co-anchor with Cookie Monster in "W-ORD Channel 7 News With John Oliver & Cookie Monster," a video distributed by Mashable in support of Sesame Workshop's "Words Are Here, There, and Everywhere" initiative.

Oliver's other credits include playing Professor Ian Duncan on Community, a small part in The Love Guru (with Mike Myers), and providing the voice for Vanity Smurf in The Smurfs.

In 2020, he appears as a guest on The Not-Too-Late Show with Elmo, and also made cameos in episode 111 and 113 on that show as well from his Last Week Tonight set.

He hosted the segment of the 2020 Global Citizen awards broadcast where Sesame Workshop received its Prize for Culture and Education. 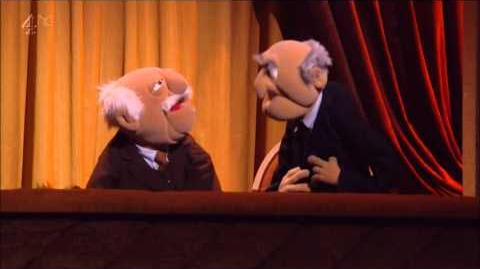 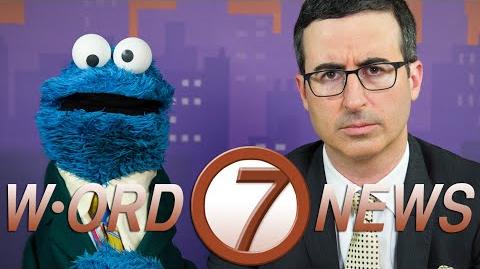