An action figure of Johnny Fiama was released in the seventh series of Palisades Toys' line of Jim Henson's Muppets action figures.

Three different Johnnies were produced. The standard Johnny came in a pinstriped suit with a picture of himself and the "Johnny: We Hardly Heard Ya!" album which was featured in episode 105 of Muppets Tonight.

A Sal Minella action figure was planned to join Johnny, but it was never produced. 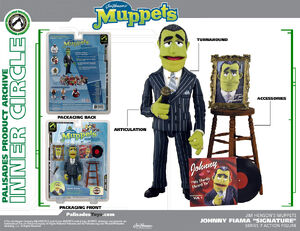 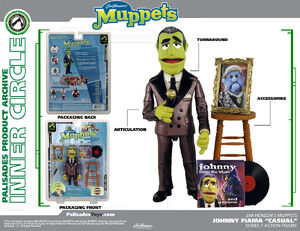 casual suit variant
Add a photo to this gallery
Retrieved from "https://muppet.fandom.com/wiki/Johnny_Fiama_Action_Figure?oldid=1093334"
Community content is available under CC-BY-SA unless otherwise noted.