The production was released on Region 2 DVD in France on November 18, 2003, under the MGM label. In addition to the French track, the DVD included the English, Spanish, and Polish language tracks, and subtitles in English, Spanish, French, German, Danish, Dutch, Finnish, Greek, Norwegian, Polish, and Swedish.

This version was also used as the French language track accompanying the US DVD release. 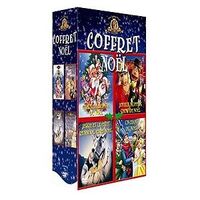 Retrieved from "https://muppet.fandom.com/wiki/Joyeux_Muppet_Show_de_Noël?oldid=1093358"
Community content is available under CC-BY-SA unless otherwise noted.