Judges are the officials who preside over trials, both civil and criminal. As depicted in the Muppet/Henson universe, judges are distinguished by their black robes and ubiquitous gavels, suitable for rapping or breaking. Though there are clear distinctions in both the powers and attire of judges in the United States of America and England, judges in Muppet productions will occasionally don the wigs associated with the British law courts. 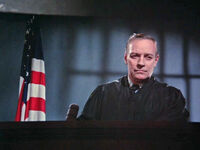 A judge sentences the man to prison in Time Piece 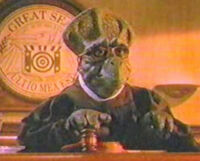 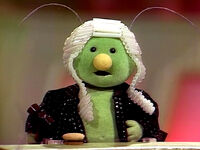 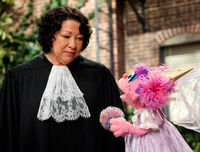 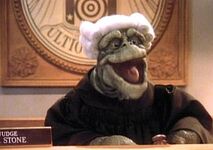 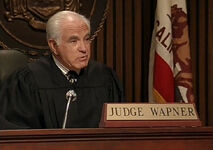 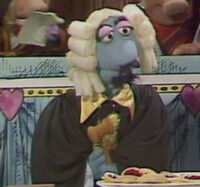 Marvin Suggs plays the judge in the Alice in Wonderland-inspired trial, as seen in The Muppet Show episode 506 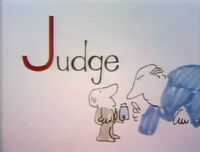 In the "J Commercial" from Sesame Street, Joe twice runs afoul of a judge, who gives him an hour in the city jail. 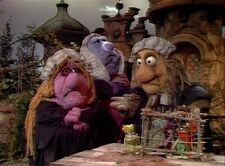 Pa, Ma and Junior Gorg in Fraggle Rock episode "Wembley and the Gorgs" 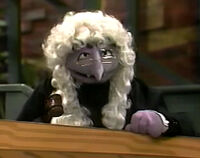 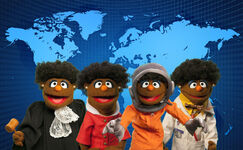 Retrieved from "https://muppet.fandom.com/wiki/Judges?oldid=1093368"
Community content is available under CC-BY-SA unless otherwise noted.