Julie's Greenroom is a Netflix Original Series produced by The Jim Henson Company and starring Julie Andrews alongside original puppet characters created by the Henson Creature Shop. Netflix ordered 13 half-hour episodes that were released on March 17, 2017.

According to Netflix's announcement:

“Julie Andrews stars as Ms. Julie - the director of the Wellspring Center for the Performing Arts in which she teaches performing arts workshops in the theatre and its “Greenroom.” Ms. Julie and her devoted assistant Gus (Giullian Yao Gioiello) bring the performing arts to a new generation of kids known as the “Greenies,” played by original puppet characters built by the renowned Jim Henson's Creature Shop. The Greenies are a diverse group of kids who are mesmerized by all that the arts and creativity has to offer. Over the course of the season, with Ms. Julie's guidance and inspiration from the visiting guest artists, the kids create an entirely original new show, that is a mashup of all the performing arts including mime, music, dance, improv, circus arts, voice and more. Most episodes will feature an original song and every episode will feature a guest star who engages the kids in a specific area of the performing arts.”

A soundtrack album of songs from the show was given a digital release on April 14, 2017, and released on CD on May 5. 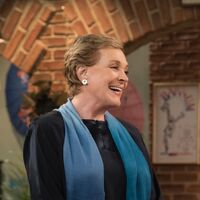 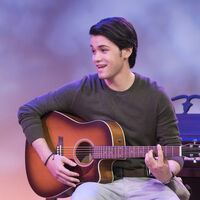 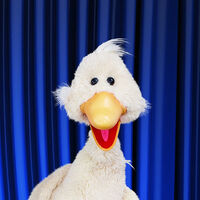 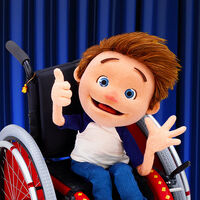 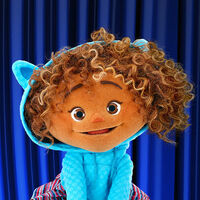 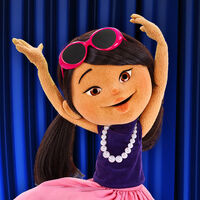 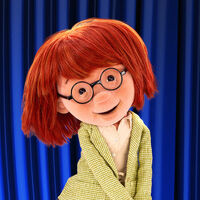 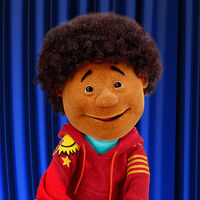 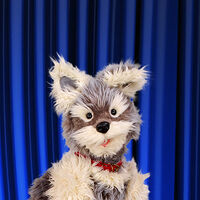