Kaguya-Hime is the name of the Bamboo Princess in one of Japan's oldest stories. She is an otherworldly being born in a stalk of bamboo, sent to Earth from the Moon either as a punishment, or for protection from war, depending on the version of the story.

Big Bird in Japan features Kaguya-Hime posing as a commoner who helps Big Bird and Barkley when they become separated from their bus tour in Japan. As she escorts the Sesame Street citizens from Tokyo to Kyoto, she harbors a secret from her companions. Big Bird eventually detects a sadness growing within her as she says goodbye to her friends, and sings the song "Moon, Moon."

Kaguya-Hime ultimately delivers her American friends to the airport on time, just before she's collected by her people in the bamboo forest. While on the plane back home, Big Bird suspects that their friend may have been the legendary princess they learned about in a school play, just as Kaguya-Hime arrives back with her people on the Moon, hovering above the plane in the distance. 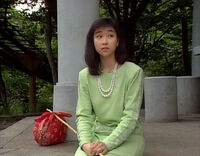 A young woman offers to help a lost Big Bird 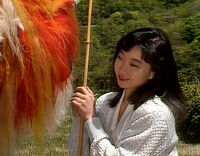 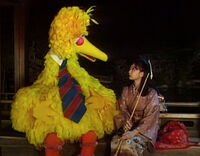 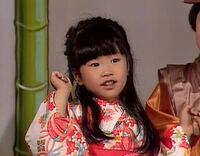 Kaguya-Hime as a baby in the school play 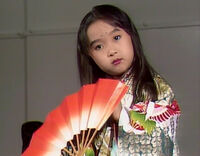 Grown Kaguya-Hime in the school play 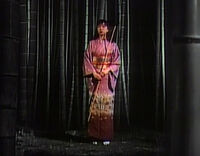 Kaguya-Hime prepares to meet her people 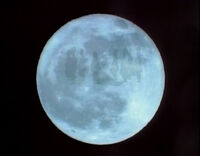 Kaguya-Hime returns home
Add a photo to this gallery
Wikipedia has an article related to:
Kaguya-Hime
Retrieved from "https://muppet.fandom.com/wiki/Kaguya-Hime?oldid=1227135"
Community content is available under CC-BY-SA unless otherwise noted.