He appeared in Episode 4323 of Sesame Street explaining the word "subtraction" with Big Bird and four other birds. He later recorded a "Sesame Street Memory" video in 2019 recounting his appearance. 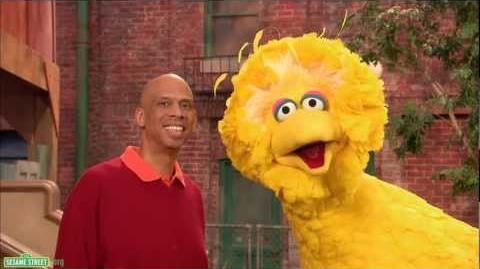 Wikipedia has an article related to:
Kareem Abdul-Jabbar
Retrieved from "https://muppet.fandom.com/wiki/Kareem_Abdul-Jabbar?oldid=1343286"
Community content is available under CC-BY-SA unless otherwise noted.