Kate McKinnon (b. 1984) is an American actress and comedian, best known for her sketch comedy work as a cast member on Saturday Night Live. She has also done voice work on Family Guy, The Simpsons, The Venture Bros., and The Magic School Bus Rides Again, and appeared in Sisters (with Tina Fey and Amy Poehler), and played Dr. Jillian Holtzmann in Ghostbusters (2016).

In 2014, McKinnon appeared alongside Telly Monster in "W-ORD Channel 7 News With John Oliver & Cookie Monster," a video distributed by Mashable in support of Sesame Workshop's "Words Are Here, There, and Everywhere" initiative. 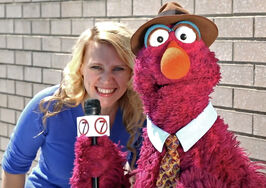 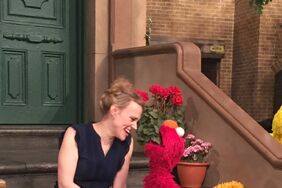 McKinnon and Elmo
Add a photo to this gallery
Wikipedia has an article related to:
Kate McKinnon
Retrieved from "https://muppet.fandom.com/wiki/Kate_McKinnon?oldid=1253145"
Community content is available under CC-BY-SA unless otherwise noted.