The Kenner Gooney Bird was the mascot of the Kenner Toys company from 1962 to 1974. It appeared on most Kenner products on a small postage-stamp sized square surrounded by the company logo: "It's Kenner -- It's Fun!"

The Gooney Bird was a small, squat yellow bird with orange head and tail feathers, beak, and feet. He had a strangely sardonic smile as well as a bug-eyed stare that seemed to look directly at the viewer.

He was used in many Kenner trade ads with the logo "This bird means business." He appeared in animated segments of many of the TV commercials -- usually doing some bizarre stunt like increasing his height or removing his head from his body while chanting the company slogan. A "bendy" doll was produced, and the character appeared on Give-a-Show projector slides.

In 1968, Jim Henson produced television commercials with a Muppet version of the character, which would be recycled a year later as Little Bird for Sesame Street. Two variants of the puppet were built; a normal hand puppet and a marionette enabling the bird to fly. (Kenner later used a newer puppet that more resembled the drawn version, but it was not made by Henson.)

Kenner began to take a more "action" oriented theme to its toys, and the Bird was slowly phased out by 1974. The character had one last hurrah in 2000 when parent company Hasbro closed Kenner's offices; special caps and watches with the classic bird logo were given out as thank-yous to employees. 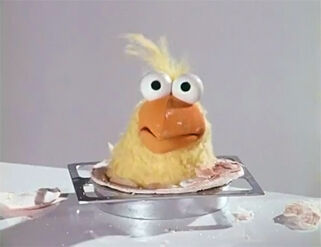 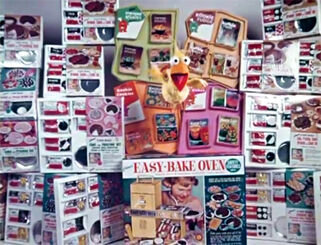 Add a photo to this gallery
Retrieved from "https://muppet.fandom.com/wiki/Kenner_Gooney_Bird?oldid=1364362"
Community content is available under CC-BY-SA unless otherwise noted.