Kermit's Swamp Years premiered on the Starz Channel on August 18, 2002 and was quickly followed by a broad video and DVD release on September 3, 2002. It was distributed by Columbia TriStar Home Entertainment and Jim Henson Home Entertainment and taped on location in Naples, Florida, and at the Disney MGM Studios.

Bookended by an adult Kermit the Frog, the film tells the story of how he, as a youngster, ventured out of the swamp for the first time, along with his friends Goggles and Croaker. The movie includes several original songs.

The story follows Kermit as he is followed by an evil schoolteacher and his assistant that want to catch the frogs to use in a high school science class.

There is a blooper reel at the end of the movie during the credits, backed by Me First and the Gimme Gimmes' rock version of "Rainbow Connection." 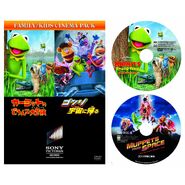 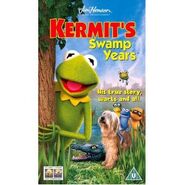 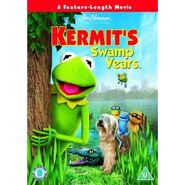 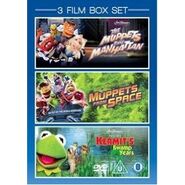 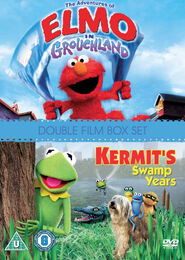 First Blu-ray release (Germany), including English language track, playable in all regions
2014
Add a photo to this gallery

Retrieved from "https://muppet.fandom.com/wiki/Kermit%27s_Swamp_Years?oldid=1242697"
Community content is available under CC-BY-SA unless otherwise noted.