While making his abode in a mansion in Beverly Hills, Kermit the Frog stays mobile by way of a brown Rolls-Royce Silver Spur.

As featured in the 2011 movie The Muppets, the car is exclusively driven by '80s Robot, and is used to pick up Kermit's friends on their mission to reassemble the Muppets. In this venture, Floyd Pepper suggests that they should have rented a bigger car.

Not standard in assembly line Rolls-Royce models, the vehicle has a button to allow traveling by map, and has the ability to drive great distances underwater (from the United States to Paris, for example).

In an attempt to sabotage the Muppets regaining control of their theatre during a live telethon, Tex Richman drives Kermit's car into a telephone pole to knock out their means of communication.

The car appears again in Muppets Most Wanted at Union Station in Los Angeles just before the Muppets board the Randy Stevenot No. 3. 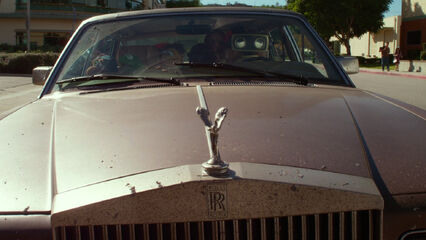 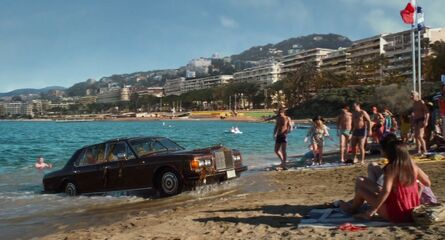 Add a photo to this gallery
Retrieved from "https://muppet.fandom.com/wiki/Kermit%27s_car?oldid=1093618"
Community content is available under CC-BY-SA unless otherwise noted.