Kermit, Texas is a city, in Winkler County, Texas that was named after Kermit Roosevelt, the second son of President Theodore Roosevelt. Kermit the Frog visited the city on October 14, 2005 as a launching pad for Kermit's World Tour. To commemorate the event, the United States Postal Service produced a pictorial cancellation for the date of Kermit's visit.[1]

Envelope bearing a Kermit stamp and cancelled with the Kermit the Frog Station pictorial cancel. 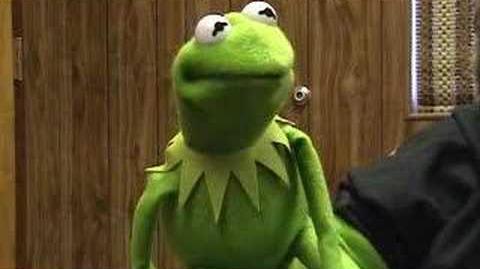 Kermit interviewed in Kermit, Texas
Add a photo to this gallery

Wikipedia has an article related to:
Kermit, Texas
Retrieved from "https://muppet.fandom.com/wiki/Kermit,_Texas?oldid=1093628"
Community content is available under CC-BY-SA unless otherwise noted.