A Kermit the Frog pendant and chain was a company gift given to guest stars and cast during production of The Muppet Show.

The Kermit pendant and chain is solid sterling silver and approx 2" high from his right foot to his left hand. Kermit is gripping the loop in a pose like he is hanging from it. The base of his right foot and the chain's clasp are marked STERLING. 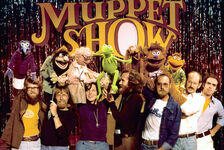 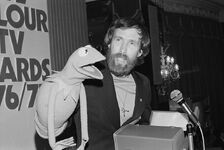 Henson at the Pye TV Awards 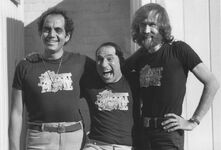 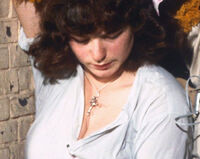 Louise Gold, right-handing Fozzie
Add a photo to this gallery
Retrieved from "https://muppet.fandom.com/wiki/Kermit_pendant?oldid=1277188"
Community content is available under CC-BY-SA unless otherwise noted.